“Is Belief in God Innate?” a lecture by Dr. James Beebe

Recent research in the cognitive science of religion (a blend of psychology, anthropology, and the evolutionary sciences) shows that, while belief in supernatural beings is not strictly speaking innate, the default settings of a number of our cognitive faculties incline people toward believing in such beings, making religious belief very natural and quite prevalent. 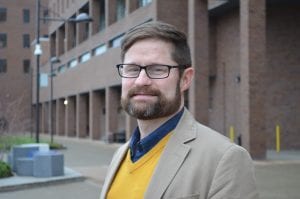 Dr. James Beebe is a Professor of Philosophy, Director of the Experimental Epistemology Research Group, and Member of the Center for Cognitive Science at the University at Buffalo (SUNY).

His primary research interests are in epistemology and experimental philosophy (XPhi). Epistemology is the branch of philosophy devoted to studying the nature and extent of human knowledge, rationality, and evidence. XPhi uses the tools of the cognitive and social sciences to shed light on topics of perennial philosophical debate.

This event is free to Students (with ID) and CFI members  – $5 for the general public. Refreshments will be served.

The Center for Inquiry’s mission is to foster a secular society based on reason, science, and freedom of inquiry. We are a community group in Western New York made up of atheists, agnostics, secular humanists, skeptics, and other non-religious folks. We do our best to make a positive difference in the lives of secular and scientific-minded people and show that you don’t have to believe in a god to be good or to do good in the world. We have monthly educational lectures (about topics related to science and secularism) up in Amherst, NY, and social events (potlucks, cafe meetups, game nights, etc.) throughout the year.